Looking back on the TOP2000 BigBand Festival

Blues, Rock, Funk, Pop, Soul and Latin. On Tuesday, December 27th, all these style were heard at the Big band festival. The three big bands that played there, made a big spectacle. It was a swinging and most diverse night ......

The NMBB began the evening with a varied repertoire. Apart from the opening track, all TOP2000 listed songs. Of these, only 'Against All Odds' was instrumental with Flip Woltering on alto sax. He played the vocal part. The remaining seven pieces were all vocals, sung by Heleen van de Water, who was in great shape.

As second band the Media City Big Band played a repertoire that mainly consisted of Soul, Funk and R & B oriented songs, many of which can be found in the Top2000. The vocal songs were sung by a fab performing Johnson Gabriel. Swinging and dancing like mad under the direction of Erik van der Heijden (age 23!!) who also played a gorgeous flugelhorn solo in Tutu.

The Laundry Big Band played, as only one of the three big bands, a real traditional big band repertoire with many famous pieces. But that they did perfectly tight with very good timing and a lot of swing. Unfortunately, not one in the TOP2000 quoted song. But that, however, was not really required. The vocal songs were sung by singer Marie Jose Tiemstra.

Now reminisce on the really beautiful pictures of Vorstin-house photographer Lex Putman and photographer Marleen Swaans. All photo's can be seen on the NMBB Facebook page. Marleen is primarily sports photographer, but because Heleen won Silver last November at the Dutch Championships boxing, she specially came to from a photo report of her (and a bit of NMBB). Helen is a busy bee. She did Conservatory, sings in the NMBB and she also teaches at an international school!

The TOP2000 Big Band Festival in De Vorstin (Hilversum) was a great experience. Fantastic acts with lots and delirious audience. Thumbs up to the team of volunteers, very audience friendly and very attentive. Technical aspects sound and lighting were very professional. It was really TOP, such technical quality. Next year again? Please !! 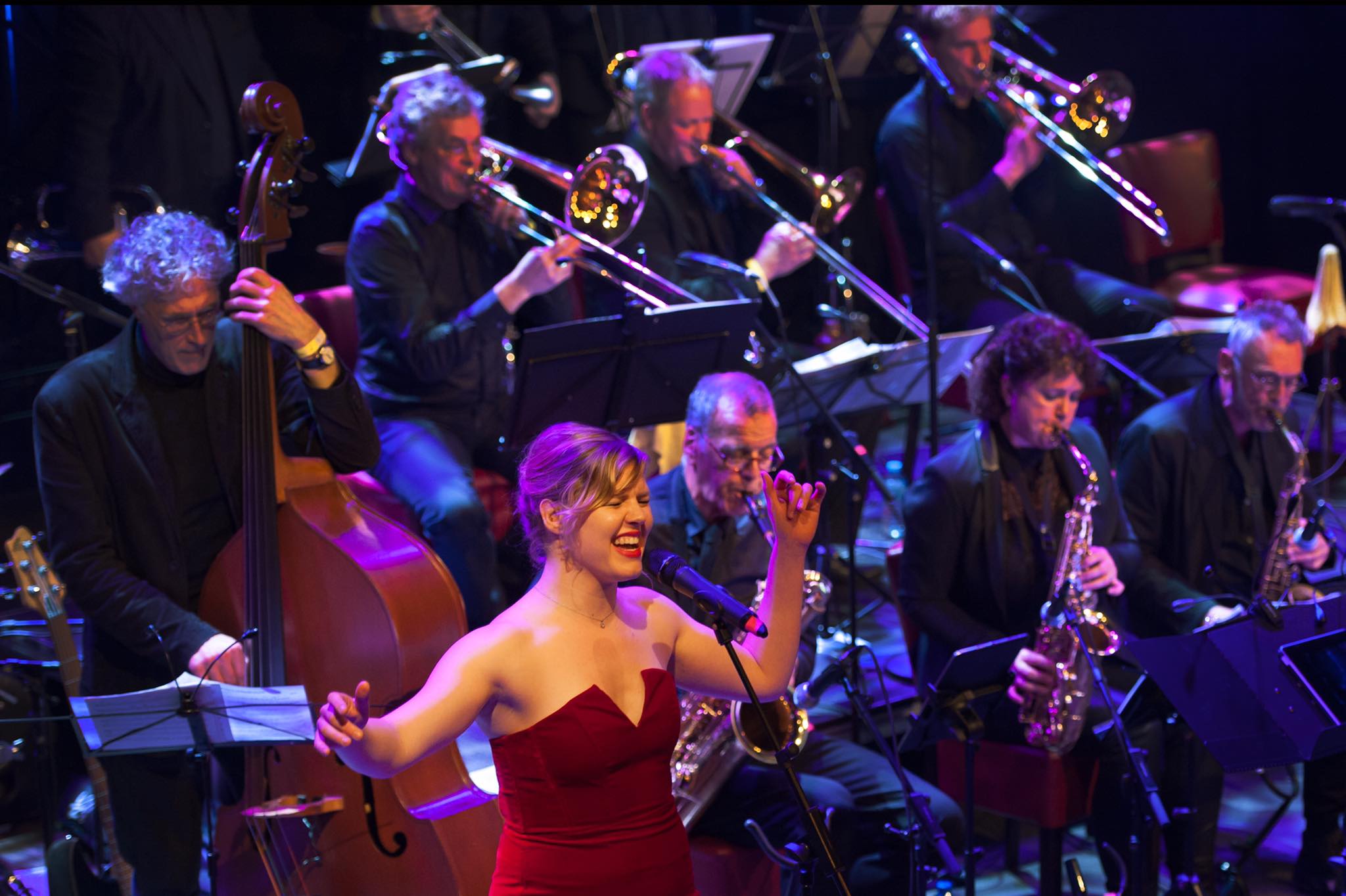